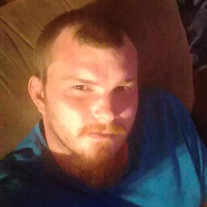 William Ryan Estep, 28, of Branchland, WV passed away June 26, 2022. He was born November 15, 1993 in Huntington, WV. He was preceded in death by his Uncle Daris Adkins and Sharon “GiGi” Robinson.
He is survived by his wife, Clarissa Estep; children, Kyleigh Grace Estep, Xavier Ryan Lee Estep, and Liam Eugene Estep; adopted children, Dakota Davis, Jackie Robinson and Jessie Davis; brothers, Cody Estep and Eric Estep; sister, Meagan Estep; mother Sandra Adkins; father, Frederic Bartram; mother-in-law, Edna Robinson, Father-in-law, Edward Russell “Bub”; two best friends, Dakota Adkins and David Adkins. His Dad was proud of the Man that Ryan became. He was devoted to his family and loved his children and was the best son you would ever ask for.
Funeral services will be 2:00pm Saturday July 2, 2022 at McGhee-Handley Funeral Home, West Hamlin, WV with Eugene Robinson officiating. The burial will follow in the Bartram Cemetery, Branchland, WV. A visitation will be one hour prior to the funeral.
To order memorial trees or send flowers to the family in memory of William Ryan Estep, please visit our flower store.