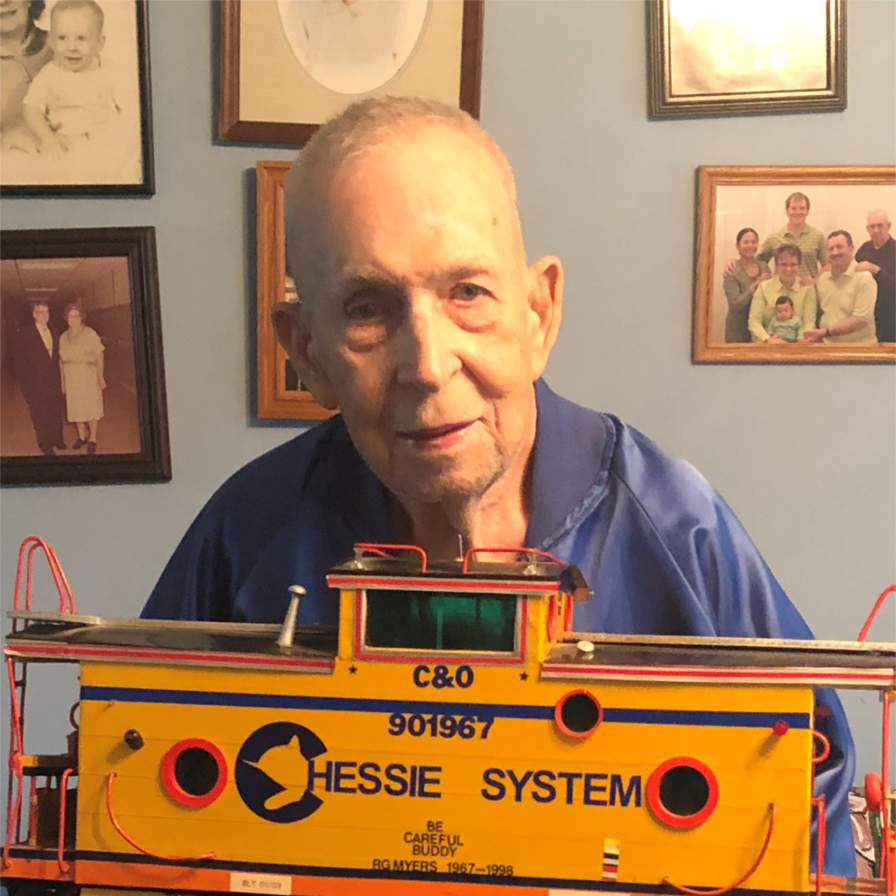 Ronald Gene Myers, 86 of Madison, passed away April 14, 2021 surrounded by loved ones at the Hubbard Hospice House, Charleston.
He was born June 24, 1934 in Nellis, Boone County, WV.
Ronald was preceded in death by his wife of 55 years, Dinah Baldwin Myers. He was also preceded in death by a daughter, Minerva Ann, who passed away at the age of 4, and a son, Ronald G. (RG) Myers, II, 3 infant grandchildren namely, Ronald Gene Myers, III, Brandon Neal Myers and Clarissa Anne’ Myers, and a brother, Vaughn Myers.
Ronald was quite a character and never met a stranger. He was a milkman with Foremost Dairy for 9 years. He later went to work for CSX where he retired after 30 years of service. He was a lifetime member of the United Transit Union. Ronald loved motorcycles and rode a Honda Gold Wing. He was a member of the Christian Motorcycle Association and a lifetime member of Goldwing Roadside Association. He loved his motorcycle family and that is where he met his longtime best friend, Terry Spencer, and his wife Julie. They made lots of memories on the road riding, exploring and seeing the countryside. Due to his love of motorcycles and anything on wheels he earned the nickname of Motor. Not only did Ronald have a nickname, but he usually gave nicknames to everyone he came in contact with, whether they wanted one or not.
When his wife Dinah was living they enjoyed square dancing and camping at Summersville Lake with family. He was a practical joker and loved making people laugh. In his early years he would play Santa at Christmas time throughout his community just to see a kid smile.
When their son RG was in high school, Ronald loved following the band and even had his truck painted the school colors of black and gold. He volunteered for the Scott Skyhawk Marching Band by hauling equipment to games and events. He also played a big part in the Boy Scouts when his son was involved with that organization.
Ronald was a devoted member of the Madison Baptist Church. On Sunday mornings he could be found on the back pew worshiping and enjoying the service.
Ronald will be remembered by family and friends for his big kind heart, love of life, generosity, stubbornness, loyalty, his faith in the Jesus Christ and his giving soul. He was a do-it-yourself kinda guy. When his body became unable to do the things his mind thought it could, he never gave up. Several years ago after a fall he spent a short period of time in a rehab facility and although he was there to gain strength and get better he could often be found assisting other residents. If he were here today his last words to you would be “God be with you until we meet again.”
He is survived by his two grandchildren, Brittany (Chris) Boice and Patrick (Celeste) Myers and great-grandchildren, Megan Boice, Pee Jay, Liam and Riley Myers; a sister, Margaret “Skip” Adkins; daughter-in-law, Kelli Myers; brother-in-law, Paul Stephens; nieces Karen (Mark) Wagner and Paula (Mike) Ballard; nephews, Richard (Melissa) Stephens and Michael Stephens; as well as several great nieces and nephews. Ronald is also survived by his faithful companion, a Boston Terrier named Betty Jo.
The family would like to openly thank his caregiver, Janie Meadows, for her faithfulness, patience, love and compassion for Ronald during the last several months. They would also like to thank his dear friend, Roger Baldwin, who took him meals daily and was always available to take Ronald on a car ride or to run a simple errand. What seems so small to one can make a big difference to another.
Donations in his honor can be made to the Hubbard Hospice House, 1001 Curtis Price Way, Charleston, WV 25311.
A funeral will be held Saturday, April 17th at 11:00 a.m. Handley Funeral Home, Danville. The family will accept visitors one hour prior to the service. The funeral procession will be lead by the Grace Motorcyle Riders escorting Ronald to his final resting place at Highland Memory Gardens in Pecks Mill, WV.
Due to the current Covid Requirements please observe social distancing as well as wearing a mask during the visitation and the services.

If you are unable to attend the service, you can watch the service at this link: https://youtu.be/bcbRRHu1ULA

To order memorial trees or send flowers to the family in memory of Ronald Gene Myers, please visit our flower store.