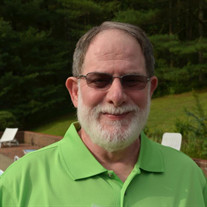 Richard Reid Comer, Jr., 72, of Charleston passed away at home on November 2, 2022, after a short courageous battle with cancer. He was born on May 8, 1950, in Bethesda, Maryland, to Elizabeth (Stewart) and Richard Reid. Comer, Sr., who preceded him in death. He was also preceded in death by maternal grandparents Mary Mildred (Schultz) and Richard Hewitt Stewart, Sr., paternal grandparents Rana (Gibbs) and Hobart Reid Comer, brother Bill, mother and father-in-law Margaret and Raymond White, Sr., brothers-in-law Raymond White, Jr., and Chuck Giebell.
He is survived by the love his life and best friend, his wife of 51 years, Kitty, sons, Brent of South Charleston and Brian of Charleston who was his best buddy who shared his interests in cars, running, sports in general and specifically Thundering Herd football and basketball. He is also survived by three sisters, Linda Hyder of Garner, North Carolina, Susie (Chris) Mullins of Louisville, Kentucky and Karen (Andy) Perkins of Pennsboro, West Virginia, several nieces and nephews and his fur buddies Lucy, Max and Smokey.
Rick was a graduate of Pennsboro High School, West Virginia State College with a degree in Education, Marshall University with a degree in Administration. He taught and coached in Kanawha County for 47 years, beginning at Dunbar Junior High School and retiring in 2020 from McKinley Middle School. Rick was an exceptional historian of West Virginia who loved to share his knowledge of the State with anyone he encountered. He was an amazing man and West Virginia Studies teacher who was loved and respected by colleagues and students alike and would often be asked when seeing former students, “Where are we going today, Mr. Comer?” Rick and Kitty traveled the beautiful State of West Virginia, and he would capture the many treasures of the State through pictures and present them to his class in PowerPoint presentations. He had more than 60 Golden Horseshoe winners and was honored to be presented with his own Golden Horseshoe in 2000. He and Kitty enjoyed going to the beach and were avid Thundering Herd fans. Two of his favorite words were GO HERD!
The family would like to thank the nurses on 6 Front of CAMC and Hospice for their care. There will be no service at the present time. If you would like to make a donation in Rick’s honor, the family requests a donation to The Salvation Army, Charleston Kanawha Humane Society or a charity of your choice. Handley Funeral Home in Danville, West Virginia, is serving the family at this time.
To order memorial trees or send flowers to the family in memory of Richard Reid Comer Jr., please visit our flower store.