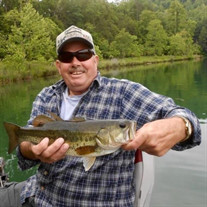 Richard Leon Adkins, 71, of Morrisvale, WV went home to be with the Lord Wednesday, November 23, 2022 surrounded by his family at CAMC Memorial Hospital. During his time of illness, he accepted the Lord in his life.

He was employed by Eastern Coal for four years and Hobet Mining for 28 years.

He is survived by his wife Mitzi, they would have been married 51 years on November 29th; sons, Craig (Season) of Morrisvale, and Brian (Kim) of St. Albans; and brother, Roger (Cindy) of Finley, Ohio. He had six grandchildren and one great grandchild. He loved them so much. He is also survived by sisters-in-law, Jill (Randall) Kirby, and Diann (Junior) McClure of Morrisvale; brothers-in-law, Doug (Linda) Estep of Morrisvale and Gary (Lawanda) Estep of Cox’s Fork; and a host of nieces and nephews.

A memorial service will be held at 2 p.m. Monday, November 28 at Handley Funeral Home in Danville, WV with Darrell Searls officiating.

Visitation will be from 1 p.m. until 2 p.m. at the funeral home.
To order memorial trees or send flowers to the family in memory of Richard Leon Adkins, please visit our flower store.