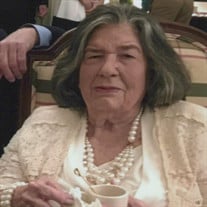 Onia Jane Howell, 84, of Madison, WV, passed peacefully at Sweetbriar Assisted Living in Dunbar, WV on December 31, 2022. She was born in Bim, WV, on August 18, 1938, to the late Jewell Margaret and Raymond Gene Dickens. She was preceded in death by her husband of 58 years, Harold H. “Sonny” Howell, Jr.

She was a lab technician at United Fuel as well as Charleston General Hospital in the early 1960’s. She was a secretary for her husband, Sonny, when he served as Justice of the Peace in Boone County in the late 60’s and early 70’s. Along with her late husband, she was the owner of H.H. Howell Rentals. She was a member of the Madison United Methodist Church, a past member and President of the Madison Junior Woman’s Club. She was the Chairman of the Boone County Board of Health for over 40 years. Onia was known for her gift of being an excellent cook. Friends and family enjoyed many wonderful meals at her home. She also had a love for plants and birds. The greatest joy of her life was her two grandchildren.

The family would like to express their sincere gratitude to the staff at Sweetbriar Assisted Living for their wonderful care. In lieu of flowers, donations can be made in her honor to the Alzheimer’s Association or Wildwood Garden Club, 20 Dogwood Lane, Madison, WV 25130 for the continued beautification of her town.