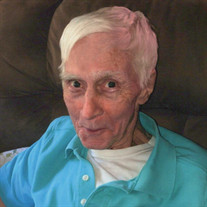 He was born October 25, 1938 in Hazard, KY to the late Paul and Christine Cornett. He was also preceded in death by his wife of 51 years, Loretta Cornett; daughter, Lisa Gail: and his sister, Judy Back.

Visitation will be from 1 p.m. until service time.

You may express your condolences to the family at www.handleyfh.com .
To order memorial trees or send flowers to the family in memory of Lonnie Cornett, please visit our flower store.