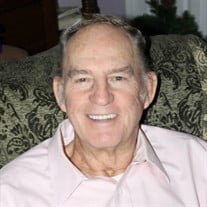 He was preceded in death by his parents, Sherman and Bethel Bragg, and one son Michael Coleman.

He was pastor at Beech Grove Baptist Church, Berrys Branch Church and Dog Bone Community Church. He retired from Jackson Management Company with almost 40 years of service, often stating it’s not a job when you enjoy what you do. He enlisted in the US Army and served in Germany with his brother, Jerry Delano Bragg at the end of WWII. He was the Marble Champion of Lincoln County in the 1940’s and winner of the Spelling Bee often “Bragging” and laughing at us that he was smarter than us because of it. Asking, “Did you ever win?” and then laughing some more. His passion was preaching and witnessing the good news of Jesus to anyone that would stop and listen to the message of the joy and blessings that God had awaiting us. Often going when the call would come, forsaking any work at hand stating:” Nothing is more important than work we do for God because the world is blind to the gospel of Jesus and his many Blessings He has for us.”

Visitation will be one hour prior to the service.
To order memorial trees or send flowers to the family in memory of Rev. Kessler D. "K.D." Bragg, please visit our flower store.