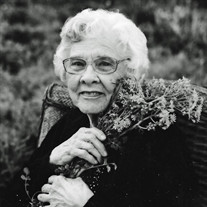 Doris Rae White, 93, formerly of Danville WV, passed to the arms of her waiting Savior, Jesus Christ,
while in the home of her son, William, in Minster Ohio, surrounded by her family on September 15, 2022.

Doris was born October 8, 1928 in Ramage, WV to E. Ray Hall (former Boone County Clerk) and Juanita
(Eades) Hall on their Homestead on Six Mile, a place where she spoke of precious memories of her life.
She was a woman of simple means that chose to be happy with what she was given. She graduated at
17 years old from Scott High School as Salutatorian of her class in 1946. On February 16, 1948 she
married Jack Dempsey White of Danville. There, they made their home with his parents, where she
resided some 72 years. She took care of his parents until their death.

In 1971, Doris went to work, as a much loved teacher’s aide at Danville Elementary. A career that
expanded some 23 years. To this day, she was able to recall the names of each and every student. At
retirement, she became full time caregiver to Jack that had become disabled, and took care of him until
his death in 2013. (She was 82). She was a loving, loyal, woman whom accomplished much with her
Christian heart, but felt her biggest accomplishments were her two sons, William (Sandra) of Minster,
Ohio and Bruce (Sheila) of Madison WV. She was blessed with three biological grandchildren. William
“Scott” White (Mandy) of Hurricane WV. Tamatha “Tammy” (Danny) Bock of Scott Depot WV, and Mary
Beth (Scott) Deck of St Albans WV. She is survived by seven great grandchildren and two great great
grandchildren. She also loved her extended family as her own. which included, Sandy’s children, Rob
(Susan) Egbert and Jon (Sharon) Egbert of Anna, Ohio, Kellie (Greg) Nuss of Sidney, Ohio, and Jessica
(Ted) Wuebker of Minster, Ohio. And also Sheila’s children, Kimberly Gibson of Van, WV, Carrie Burns of
Charlottesville, VA, 17 great grandchildren and three more Great Great grandchildren. She also leaves
behind three nephews, Greg, Mickey, and Kurt Hall. Just as importantly, she is survived by the Mothers
of her biological grandchildren Pam (Dave) Blevins of Hurricane WV, and Susan (John) Javins of
Elizabeth, WV whom she always considered her family.

She will be remembered for her genuine kindness and love for EVERYONE. She walked and talked her
Christian faith. Doris was a member of the Danville Church of Christ for 72 years which she attended
until Covid came to visit. To say she will be missed is an understatement and will leave a hole, no one
will fill.

She will be received by family members and friends on Monday, Sept. 19th at Handley Funeral Home,
Danville, WV from 6-8 p.m. Funeral services will be Tuesday, Sept. 20th at the same location at 11:00 am
She will be buried next to her husband of 65 years in Boone Memorial Cemetery in Madison WV.

In Lieu of flowers, contributions can be mailed to Minster Area Life Squad Minster, Ohio or Wilson
Health Hospice Care Sidney, Ohio.
To order memorial trees or send flowers to the family in memory of Doris Rae White, please visit our flower store.