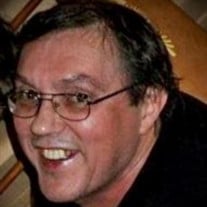 “Chuck” Claude Carney Jarrell Jr., 67, of Van, WV, passed away unexpectedly on Tuesday, November 22, 2022.
He was preceded in death by his mother, Loretta J. Jarrell, and father, Claude C. Jarrell Sr.
He is survived by his wife, Pamela R. Jarrell; daughters, Brandy (Jason) Conrad, Lora Beth Burns, and Suzanne Cole; grandchildren, Eyan Conrad, Faith Clark, Austin Clark, Andrew Clark, Allison Clark, Connie Gunnoe, Michal Rose, and Kaelyn Cole; sister, Gail (Phil) Ray; brother, Kenneth G. Jarrell; nieces, Cassandra Jarrell and Zoie Jarrell; nephews, Noah Jarrell, Scottie Cook, and David Cook; aunt, Annetta Lorrison; and several other extended family members and friends.
Chuck was born on February 8th, 1955, in Madison, WV. He was a veteran of the U.S. Army, a retired coal miner, and a member of UMWA.
Chuck was a 1973 graduate of Van High School. After graduation, Chuck served in the Army. During his years of service, he received a National Defense Service Medal and Marksman Badge M-16. After he was honorably discharged, Chuck attended Southern W.V. Community and Technical College for engineering. Chuck worked as a coal miner with Eastern Associated/Peabody Coal Company for many years until 1997, when he was injured in a mining accident that caused him to retire. Chuck was known as a hard worker and took great pride in his work. He was always working with his hands by crafting, woodworking, or fixing old cars. He loved being outside and was an avid hunter and fisherman.
Chuck was well-known as a storyteller. He would often tell stories that were elaborate and hilarious. He was known as a prankster and jokester. He was also a great provider for his family whom he dearly loved.
He requested no funeral or burial services. His immediate family will hold a celebration of life service in his memory at a later date.
To order memorial trees or send flowers to the family in memory of Claude "Chuck" Carney Jarrell Jr., please visit our flower store.