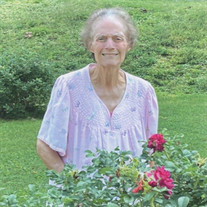 Brenda Sue Smith (Jenkins) of Wharton, WV went home to be with the Lord on Friday, September 23, 2022 after her courageous battle with cancer.

Brenda was a woman of God for 41 years and a member of the Freedie Freewill Baptist Church of Van. She spent most of her life (since the age of 17) as a homemaker caring for her family. She was born February 24, 1950, the daughter of Oma Long Green (mother) and Charles Lloyd Jenkins (father).

Brenda is also survived by Myrtle (cat), her loving companion that she loved dearly and who God brought into her life at a time when her companionship was greatly needed.

She will be laid to rest with her mother Oma Long Green, brothers Lloyd (Porky) Jenkins, and James (Frankie) Jenkins; and her niece Michelle Jenkins.

The family would like to thank her caregivers that she loved dearly. Her nurse, Melanie Martin, Social Worker, Libby Smith and CNA, Tiffany Manns. She loved you all.

Service will be 11 a.m. Wednesday, September 28, 2022 at Handley Funeral Home in Danville with Steve Burns officiating. Burial will follow in Pineview Cemetery, Orgas.

Visitation will be from 6 to 8 p.m. on Tuesday at the funeral home.
To order memorial trees or send flowers to the family in memory of Brenda Sue Smith, please visit our flower store.